Much criticism has been leveled at Mr. Obama over his apparent continual conflict with the U.S. Constitution (shouldn’t he be the last person at odds with that document?). Others can articulate valid concerns about our current government’s shortcomings and failures. My perspective is that of a man who stands every Sunday in front of a congregation of the church of Christ to present sermons which, first and foremost, must be in harmony with the Bible. On that basis, I offer these words. Mr. President, in a way, you actually make my job harder. Hypocrisy is never helpful in converting souls to the gospel, and, when it comes to being a Christian, your claim does not square with your conduct. You stand in favor of so many things I am duty bound, based on the Bible, to oppose. Thanks to you, and voices like yours, I have to spend time in the pulpit dealing with matters like homosexuality and abortion. You have done all in your power to bring such morally repugnant themes to the forefront of society in an effort to force their acceptance and protection. Thus, my children, and other young people, must grow up hearing lessons about what’s wrong with “gay marriage,” or the wanton killing of unborn babies, or why two women having sex is sinful. Other subjects would be more pleasant, but you help make unavoidable the vilest of topics. Your moral confusion is inexcusable in light of the clarity with which God’s word addresses the issues. At one time, you tried to make a point that people have not been reading their Bibles. Have you looked in the mirror? Increasingly, thanks to you and your allies, I must preach a message more and more at odds with a culture adrift from any objective standard of behavior. Mr. President, it seems the right to freely practice biblical teaching is not as dear to you as it is to others. That is plain from your effort to force people to fund what goes against their religious convictions, all in the name of “health care” (e.g. contraceptives, abortifacients). Surely, this fosters a growing disrespect for the office you hold and the laws of our land, making honest citizens feel like they–by no bad behavior of theirs–may still be made into criminals for refusing to violate their own conscience. You may think the pulpit needs to stay out of politics, but in fact, Mr. President, when you venture into moral issues addressed in the Bible, you have strayed from politics onto my turf. We were both born in the 1960’s, but who could have imagined we would see our country entertaining debate on whether men should marry men, and whether the unborn should have a right not to be killed? Even were I to agree with you on every other policy, I could not support you, based solely on moral grounds. I regret we are so opposed, and will pray your influence is minimal. You are my president, but greater allegiance I owe to my King. 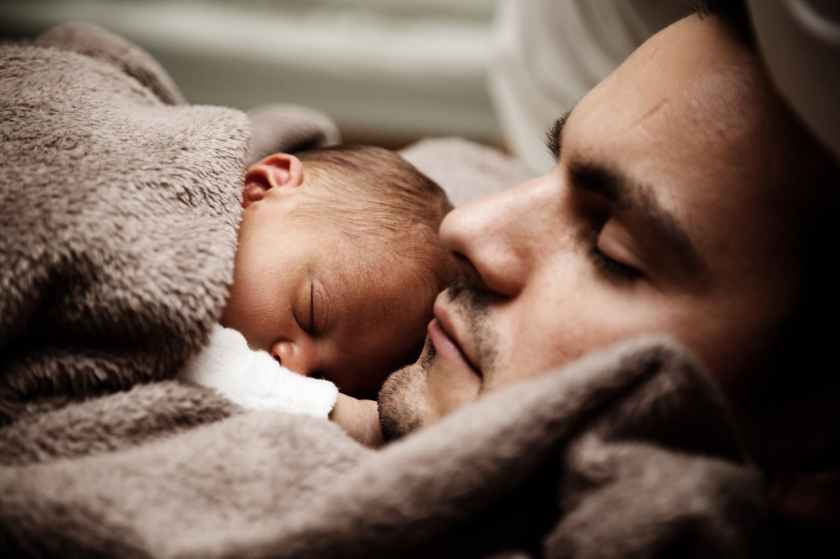 Since the Supreme Court’s Roe v. Wade decision on January 22, 1973 the elective taking of unborn life has been woven in the fabric of our unraveling society. Some think it murder. Some think it no big deal. Some resign themselves to it and move on. Some think the Court’s decision borders on the sacred and must be protected at all cost. For those who care what the Bible says, consider these truths.

Abortion takes human life. If God defines human death as the body’s separation from the spirit (James 2:26), then human life is the body’s being joined to the spirit. God is the “Father of spirits” (Hebrews 12:9) and, at death, “the spirit returns to God who gave it” (Ecclesiastes 12:7). If an unborn baby is alive, then it has a spirit. The Greek word for “baby” is brephos, and the Bible uses it to refer both to a baby still in the womb (Luke 1:41) and a newborn baby (Luke 2:12). God makes no qualitative distinction between the unborn and the just-born. Further, Jesus is spoken of as being a person at the moment of conception (Luke 2:21). God claims credit for the formation of a child in the womb (Jeremiah 1:5). As David wrote of God, “you formed my inward parts; you knitted me together in my mother’s womb. I praise you, for I am fearfully and wonderfully made” (Psalm 139:13-14, ESV).

Abortion sheds innocent blood. This is no small matter, as “hands that shed innocent blood” are listed among things the Lord actually hates (Proverbs 6:17). If an unborn baby is alive, then it has a spirit, made after God’s own image (Genesis 1:27). Is any blood more innocent than that of the unborn? America has enshrined into law a practice God says he hates. Can that be healthy for the country’s future?

Abortion is ingratitude for God’s gift. If “children are a heritage from the LORD, the fruit of the womb a reward” (Psalm 127:3), then why is pregnancy often addressed as though there is a dilemma, or a choice that must now be made to either continue or terminate it? To abortion advocates, the unplanned pregnancy is a potential burden, punishment, or inconvenience. In reality, killing the unborn is a slap in the face to God, the Giver–a “thanks, but no thanks” written in innocent blood.

Abortion tries to cancel sin’s consequence. Children are supposed to be born to a mother and father married to each other. Abortion is the “get out of jail free” card for a selfish generation who want sin’s pleasure without sin’s price. The morality of many seems based on a barnyard model, but God still demands that sex be confined to a husband and wife, rightly married to each other. Sex outside marriage is sin. Fornicators and adulterers will be judged by God (Hebrews 13:4), and it will not be in their favor. Abortion is often the culmination of a train of sins, but it increases, rather than erases, them.

Abortion hardens hearts. The Lord asked, “Can a woman forget her nursing child, that she should have no compassion on the son of her womb?” (Isaiah 49:15). Yet, some are “heartless” (Romans 1:31); some are “brutal” (2 Timothy 3:3); some have seared consciences (1 Timothy 4:2). Does abortion demonstrate the compassion of Christ, or make us more the devil? Women are supposed to “love their husbands and children” (Titus 2:4). How does that square with paying to have the unborn ripped apart? Does it increase our respect for life, or make us calloused?

Abortion is sanitized child sacrifice. Millennia ago, a wayward Israel burned her own children as offerings to pagan gods (Jeremiah 7:31)–a practice the Lord found abominable. Americans do not sacrifice our unborn on a pagan altar. Instead, we sacrifice them on the altar of convenience, selfishness, irresponsibility. With abortion, there is no scream to hear, no mess to clean, no body to bury, no face to forget. In a sterile medical facility, murder is carried out as though a tumor were being removed.

Abortion is an entry ramp on the road to ruin. Once a culture rationalizes and accepts the killing of the unborn, there is no sustainable argument against killing other people who fall short of society’s evolving standard of acceptability. Euthanasia rears its head. Why not do away with those who impose an economic burden, or those whose religious convictions are out of step with the politically correct? If abortion is acceptable, it is very hard to argue the Nazis were wrong to send their unwanted to the gas chamber. We send ours to Planned Parenthood in greater numbers than Hitler ever presided over. If all human life is not sacred, no human life is sacred. “Righteousness exalts a nation, but sin is a reproach to any people” (Proverbs 14:34).