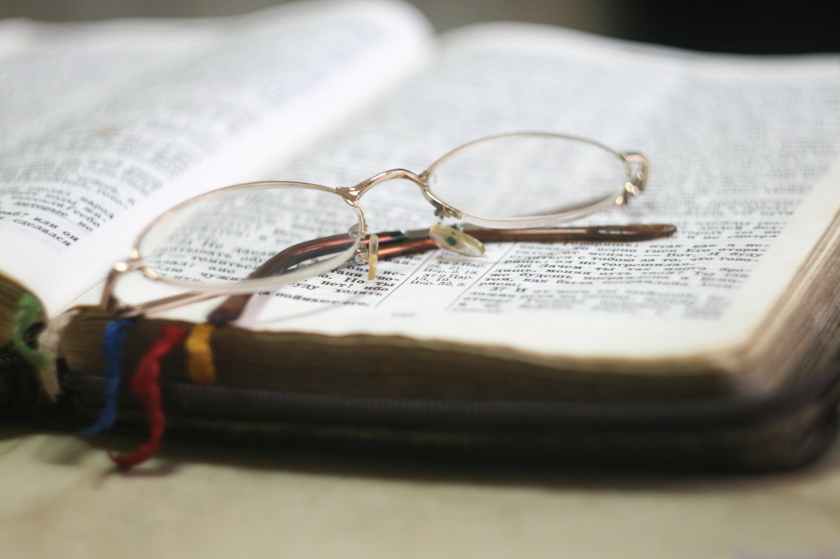 In commenting on the prophets of olden times, the Lord once declared that they along with other righteous men desired to see things that the Lord’s contemporaries saw and heard, but they were never granted that privilege (Matt. 13:17). Peter informs us that the prophets made diligent search in their studies trying to find out the “when” of their prophecies regarding the Lord’s sufferings and the glories that would follow them (1 Pet. 1:10-12). Peter had earlier said that all the prophets from Samuel and those who came later prophesied with regard to the days when the Lord would be here on earth (Acts 3:22-26). All prophets spoke (Acts 3:24), and some prophets wrote (John 6:45), and some men, at least by their understanding of things revealed to them, saw remarkable things to come.

First, in John 8 we find the Lord in intense discussion with Jewish opponents who desired his death (John 8:37). They claimed to be the children of Abraham, and yet Jesus confronted them with the sad truth that they did not act like his children. In fact, they acted like their real father, the devil (v. 39-45). Jesus pointed out that if they were the genuine children of God, they would hear the words of God that Jesus spoke (v. 46-47). Just here in the dispute, as is so often the case in human history, when men are exposed for their error and they cannot justify their positions, they turn on their opponent and begin to attack him. And so, these Jews now claim that Jesus is a demon-possessed Samaritan. My! Doesn’t that just settle the dispute? They were in no position to falsify his words, and so they turned on him.

Of course, Jesus denied the charge and continued his discourse, and in his remarks he affirmed that if a man would keep the Lord’s word, that man would never see death (v. 51). The Jews thought they had him now, and were more confident in their claim that he had a demon because, after all, Abraham had died, and the other prophets had died, and Jesus’ words seemed to be at odds with history (v. 52-53). Jesus pointed out that though these Jews claimed to know God, they didn’t. It was God who was glorifying Christ whom they were rejecting. In their claim to know God, they were lying. And if he were to deny knowing God, he would be like them—a liar (v. 54-55). And then the Lord said, in one sense, an astonishing thing: “Your father Abraham rejoiced to see my day; and he saw it, and was glad” (v. 56). He admitted their physical relationship to Abraham (which he had never denied in the first place), but he now claimed a relationship between Abraham and himself that must have puzzled them.

In response, the Jews said, in effect, that such was impossible since Abraham had been long gone from the earth and Jesus was not yet fifty years old (v. 57). And then, more astonishingly, Jesus declared, “Verily, verily I say unto you, Before Abraham was born, I am” (v. 58). This was too much! And not having anything to rightly say to overcome the words of him who spoke like none other (John 7:46), they began to pick up stones to throw at him, but Jesus miraculously escaped (v. 59). But isn’t it interesting, that Abraham received gladness of heart over what he saw regarding the Lord’s day.

Second, in John 12 we find tension rising as Jewish religious leaders see their influence on the masses waning (v.19). Jesus knows that he is getting nearer to the cross (v. 23-24). He was wrestling with himself over the divine necessity of his death and normal human desire for the preservation of his own life (v. 27), but he resigns himself to the Father’s will, saying, “Father, glorify thy name” (v. 27-28). All of a sudden a voice comes out of heaven, “I have glorified it, and will glorify it again” (v. 28). In response to the sound, the multitude thought it had thundered, and some said it was the voice of an angel that spoke to Jesus (v. 29). Jesus said that the voice sounded not for his benefit but for the benefit of the people (v. 30). Jesus then declared that the judgment of the world was come and that the prince of this world would be cast out, and that by his crucifixion he would draw all men to himself (v. 31-33). Some hearing these words were unknowing and confused in their ignorance, and Jesus encourages them to believe on him (who is the light) that they might become sons of light (v. 34-36a).

Not trusting himself to these people, Jesus was hidden from them (v. 36b). And then the writer, John, informs us that even though Jesus had already performed so many signs before them, “yet believed they not on him” (v. 37). And John then connects their unbelief to something that the prophet, Isaiah, had centuries before said: “Lord, who hath believed our report? And to whom hath the arm of the Lord been revealed? For this cause they could not believe, for that Isaiah said again, He hath blinded their eyes, and he hardened their heart; Lest they should see with their eyes, and perceive with their heart, And should turn, And I should heal them” (v. 38-40). This affirmation from John is based on the truth that Jesus had earlier declared that “the scripture cannot be broken” (John 10:35). Since the Old Testament said it, it was true, and if the Old Testament predicted it, it predicted it because God knew that it would, in fact, occur. It was not that God was forcing the wills of men to act in opposition to what men would otherwise do, but it was a prediction of what would humanly and freely occur as a part of and in response to God’s providential will (cf. God and Pharaoh [Exodus 10:1, 20, 27 with 8:32], and cf. what Jesus said about Judas [John 6:64; 13:18]). Peter summarized the complex entanglement of divine will and human will in his statement regarding the crucifixion of Christ (Acts 2:23).

But then in John 12:41 the writer, John, says, “These things said Isaiah, because he saw his glory; and he spake of him,” and he contrasts the glory of Christ that Isaiah saw with the glory that so many of the Jewish rulers preferred. “Nevertheless even of the rulers many believed on him; but because of the Pharisees they did not confess it, lest they should be put out of the synagogue; for they loved the glory that is of men more than the glory that is of God” (v. 42-43). And just as Abraham was allowed to see the Lord’s day, Isaiah was allowed to see the Lord’s glory.